The Other: A underrated and understated creep fest. 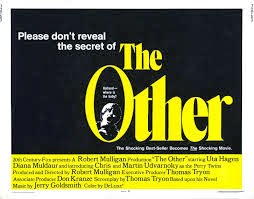 The Other
1972
Spoiler free-as always.

We here at Gorehound Mike`s love gory films, the messier the better. Chainsaws ripping through flesh and axes buried in brains....But I think being a good diverse horror/cult cinema means treating the genre like a wonderful buffet. So many different types of horror and today I picked a sorely over looked and I think very understated. Think of it as maybe not the yummiest looking thing on the table but given the chance a filling and satisfying little dish for any horror palate.  The film were going to look at today is called "The Other" NOT to be mistaken for "The Others" starring Nicole Kidman. I find it hard to do this review without giving to much away, as there is a nice plot twist and even if you figure it out early on, there is still a few nasty little surprises in store.

The Other is set in nineteen fifty five in a small country town, really it could be any farming community, quiet nothing special about it. There lives two young boys, one good and one pure evil. Neils the good one has a special gift that his friend Ada a older Russian lady helps him master. But nothing is what it seems and one of the boys holds a shocking secret and when Ada finds out it could be already to late! 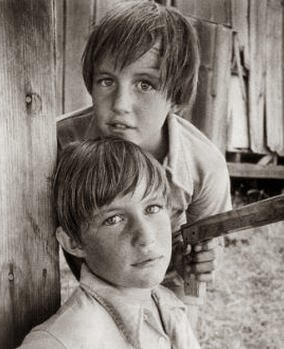 Anyone expecting fast paced music video style horror you can stop right here. Its not that kind of film, yet for the patient viewer this film simmers then boils to a climax that while is not the showiest does leave the audience feeling unnerved. I know I did. The director perfectly captures the ugly side of the seemingly ideal Rockwell type slice of rural America.

This movie is wonderfully shot. This is due in large part to Robert Surtees who d.p`d such classic films as Ben Hur,The Sting and The Graduate, just to name a few. The beautiful farm area is captured in equal parts splendor and dread. Normally i`m not a fan of the soft focus lens used through out yet in this it works, giving it a almost dream like quality, 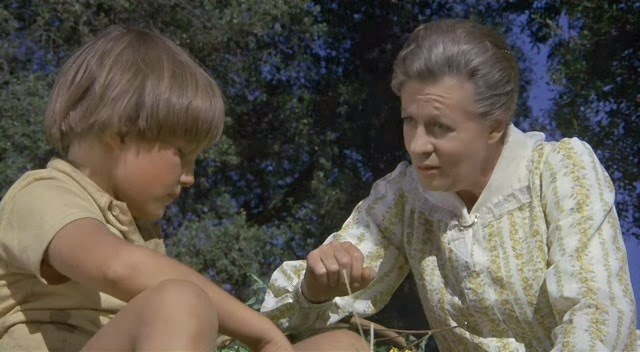 They say never work with animals or kids because they`ll always steal the show but Uta Hagen does a damn fine job of doing just that as the main role of Ada the Russian caregiver to Niles. Its interesting to note that John Ritter has a small cameo, in fact hes in two scenes and only a few lines.

While Other does not have the gore that say Saw does, it does however have plenty of creep factor that in my book goes a lot further. So belly up to a slice of good ol`fashion horror show that will stay with you for awhile.