James Brolin stars as a police officer in a sleepy Utah town. All is peaceful til a mysterious sleek black car drives into town bringing with it death destruction and hell on four wheels.
Its evil in chrome and it cant be stopped.

The film opens with a quote from Anton La Vey`s Satanic Bible which should give you a pretty good idea where this film is gonna take you.

Lets first talk about the great cast of character that The Car brings together. In the lead with the ever perfect hair is James Broilin (pre-Amitville Horror) John Marley who gets a horse head in his bed in The Godfather plays fellow officer Everett R.G Armstong who did a slew of big films in his day and always manages to steal the show when hes on the screen. Kathleen Lloyd (Halloween,Real Housewives O.C etc) Doris Dowling (Blue Dahila, The Lost Weekend etc) Roy Jenson (China town) the list goes on. Everyone is over acting and chewing scenery here but it actually works and gives it a hyper real/surreal feel that this film drips with. But its the car that is of course the main star. It looks so bad ass. It was designed by famed car designer George Barris who did the Bat mobile among other things.What struck me right away about this film besides its interesting cast is the weird to down right bizarre dialogue. Good example is the scene where the car is terrorizing the locals who are held up in a cemetery which the car cannot go because its holy ground. So finally the car leaves and a rather large woman screams "CAT POOOHH!!" and shakes her fist, umm what...who says something like that. Again its like in its own little world. 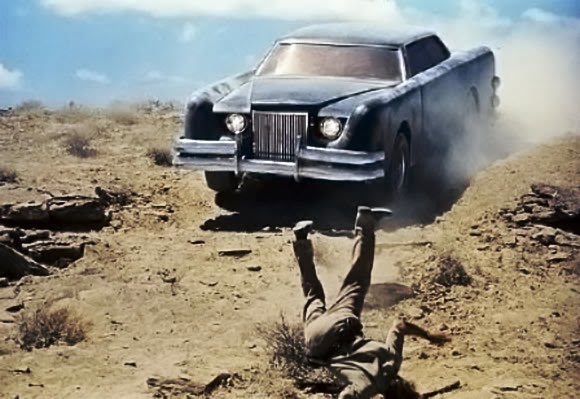 Elliot Silverstein the director obviously can balance the surreal nature of the film without going over board and into high camp. The Car while many may see it as a bit dated and cheesy for my money delivers the goods in terms of a chiller on four wheels. Pop culture also seems to have been kind to this film. In FUTURAMA the Werecar is obviously modeled after. 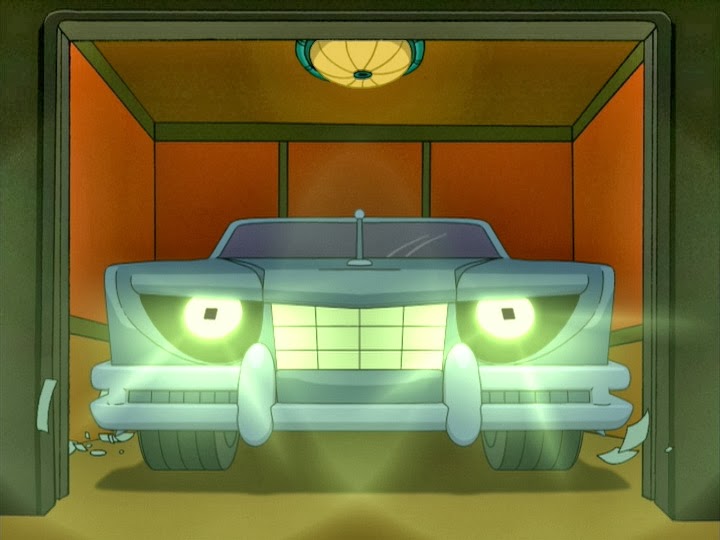 So if your looking for a great movie to go with "DUEL" The Car is certainly a great mean machine that could give Christian a run for her money. Now get out of here CAT POOOOH!