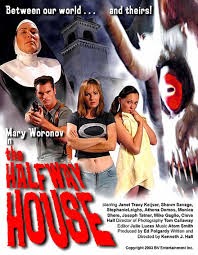 Ever wondered what would happen if a mad scientist crossed a Roger Corman B-Monster film with "Reform School Girls" and added a pitch of John Waters DNA for good measure. Well wonder no long for Kenneth J Halls "The Halfway House" is just that.

And my friends its a sight to behold....

Young troubled girls gone missing at Mary Magdalen Halfway House. The sister of one such girl Larissa is convinced that more is going in in Mary Magdalens Halfway house then just praying. With the aid of her hunky cop friend Sgt.Dick Sheen (Shawn Savage) she plans to discover the mystery surrounding her sisters disappearance. Little does she know the secrets held by Sister Cecelia (Mary Woronov) are far more terrifying and sexy then she could ever have imagined! 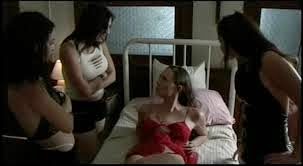 Halfway House is the kind of film I love, it knows what it is and doesn't try to be any more or any less. Its a low budget sex and gore romp yet is cleverly written BUT doesn't over try either. It reminds me of the glory days of Empire/Full Moon which is rather fitting as Ken Hall Jr is Empire/Full Moon royalty having written Puppet Master hands down the most famous thing Full Moon ever produced. Here he writes the perfect love letter to early Corman drive inn films yet updates it with more gore and nudity with its tongue firmly planted in cheek. As I stated above this film is also akin to a women in prison film only the "inmates" are troubled youth, but the formula is still similar.  Sure its over the top and a lot of scenery is in danger of falling apart from being chewed but it fits so well with the modern Cormansque style. I love the spanking scenes between the girls and Father Fogerty played by Joseph Tatner. This is where the outrageous Waters element comes into play. 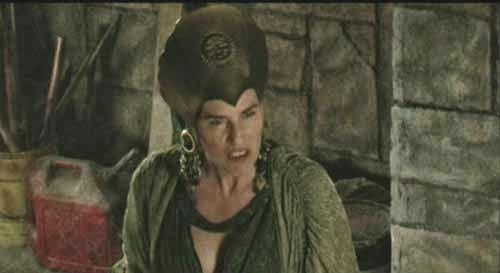 But not to be out down is Cleve Hall whose role of Lutkus the pantie sniffing pervert is great. His pairing with Mary is genius and the two play well off each other. The sexy vixen Stephaine Leighs heats up the screen as Cherry Pie and with the right breaks could be the new sex kitten in the vein of Erin Brown (Misty Mundae) Leighs is a special effect even Total Fabrication (Kens effects company) couldn't conjure up. Speaking of effects, the gore is pretty good with a nice beheading among other things and the monster is both great and cheesy in the spirit of the Corman vibe.

While Halfway House does not break new ground, its perfect send up of B-monster movies and outrageous underground camp makes this a must see.

Posted by Gorehound Mike at 12:33 PM No comments: