Film Class from Hell:Underrated Horror/Cult Cinema Part 3 What dirty little treasures you should be watching!

Blood Freak
The first and only anti-pot pro Christian killer half human half turkey gore film. The terrible acting and ultra cheesy monster and the heavy handed message makes this film great to watch after the right herbal refreshments of course. And loads of laughs from the narrator who seems like hes going for an Oscar. A must see for bad film lovers. Make it your Thanksgiving tradition! 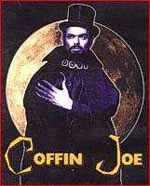 Coffin Joe Trilogy
Hes Spanish wears a top hat and cape with long finger nails...Hes Coffin Joe! This super creepy black and white Spanish horror films featuring our titular character in his quest to find a woman to bear him a child. Folks this is the stuff of nightmares, filled with dread and creepiness.Its one of those films that the black and white makes it that much more effective. Take for example the spider scene from At Midnight I`ll take Your Soul, its a sequence that is sure to get under the most jaded horror film fans skin. Blue Underground has all three in a coffin shaped box set. Well worth finding!

Forbidden Zone
Directed by Danny Elfmans brother Richard Elfman this bizarre odyssey is something your likely not to soon forget. Daring choice to have the sets made of  of cardboard which only serves to make this world seem all the tripper insane. Its twisted and funny and its a hoot to see Danny as the devil himself. Speaking of Danny,fans of Elfmans band Onigo Boingo will enjoy the music which they did just for this film. I could go on and on but you need to just see it for yourself. P.S The alphabet song from F.Z should be taught in school, just sayin.

Street Trash
Wanna see bums melt, penis keep away vomiting and more? Of course you do! Street Trash is a cult clas-sick for a reason. Theirs really not much I can say about this film, you just have to see it and experience it for yourself.

Hardware
Richard Stanleys brilliant science fiction film set in a post apocalyptic waste land. Its a  place where Iggy Pop is your D.J (Screamin Bob) and Lemmy from Motorhead will drive you anywhere you wanna go. This is equally suspenseful visually beautiful and action packed. Its also interesting to see eastern religion blended together in this harsh cyber punk world. (btw this was cyber punk before it was cool!) I could go on and on about this but bottom line-See it!!

Return To Oz
Your thinking to yourself Gorehound Mike a Disney movie is on Film Class?! But let me explain. While yes there is no gore to be found in the land of Oz, its quiet a dark film and twisted film that would give any child a few nightmares. I felt I should add this film to the list because not only is it a imaginative film and as stated earlier it has a much darker tone then most Disney films, in fact it did not do very well at the box office because parents felt it was much to scary for them...But its now a cult classic and is even featured in Scissor Sisters song "RETURN TO OZ" <--you tube it.

For Your Height Only
Ever wanna see a 3ft midget from the Philippians play James Bond in a badly dubbed film? Well look no further. Featuring Weug Weug the pint sized secret agent! This film is a lot of fun and goes from so bad its great and then into the realm of mind numbing amazing. Not hard to find as well as Mondo Macabre has put out this film on a double bill. Totally worth checking out. 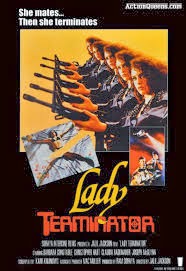 Lady Terminator
From the director of Mystics in Bali comes this film. I non stop strange bizarre action packed film. Now im not gonna lie its bad but its also supremely entertaining with enough fire power to up stage Peckinpah and John Woo. Also they shameless quote "Terminator" at one point which had myself and friend William rolling. This is just a odd film you have to see.


Thats all for this weeks Film Class... Get to watching! Lot of of these films can be rented on Netflix.