Top Ten: Most Underrated Horror films of the 1990's 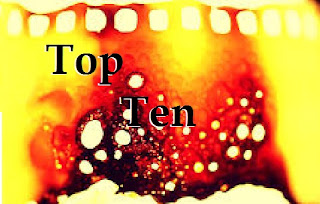 Top Ten: Most Underrated Horror films Of the: 1990's

Last week I had the top films of the 90's. Now for the most underrated of this decade. The ones that were on the fringe and obscure.

10.The Ugly (1997)
This artful film puts a nice twist on the normal serial killer sub genre. Coming out of New Zealand it never got the kind of love in the U.S. Sadly after "Scream" made huge waves the previous year it got  pushed aside for more trendier teen slasher fests. Has its flaws but it still worthy of the number ten spot.


9.Body Bags (1993)
Originally met to be a series for Showtime this little known horror anthology features John Carpenter ghoul make up playing host in the framing segments. While the stories themselves are hit and miss you cant help but love the overall film. It also has a host of amazing cameos such as Roger Corman, Tom Arnold and even Wes Craven and Sam Raimi etc. A lot of fun and highly over looked.

8.Frankenhooker (1990)
Like "Street Trash" and "Bad Taste" Frankhooker was the last of the far out, loud splatter fests that made trolling your mom and pop video store such a grisly treat. Full of great gross out gags and genuinely funny writing its a amazingly fresh take on the stitched up Frankenstein mythos. I cant say enough great things and if you haven't seen it yet do yourself a favor and stomp your way to your local store or online retailer and pick it up! Perfect for the Halloween season!

7.Hardware (1990)
Richard Stanley was (and still is) a breath of fresh air in the world of shoveled out recycled studio bullshit. Critics at the time panned his 1990 film "Hardware" but in later years legions of cult fans have discovered the genius of this film. Stylish inventive and a fresh take on robotic horrors. Any true fans of cutting edge art should consider this a must see.

6 .A Cat in The Brain (1990)
Most people credit Craven for doing the first meta horror film with "Wes Cravens New Nightmare" and while no disrespect to the recently departed director but Fulci did it first with "A Cat in The Brain" Fulci fans will find a lot of mad cap fun and inside jokes as the legendary splatter director plays himself. An underrated 90s horror film and an underrated film in the directors cannon. Sadly this was one of his last films (Door to Silence a year later being his last) but it seems like a rather fitting swan song. I urge fans of his film to see this, its the cats meoooouch!!

4,Cemetery Man (1994)
Life love death and the very meaning of life is all wrapped up in this bonkers 90's film. This film along with "Dead-Alive" prove that the decade could still pack a punch and give us throttle splatter fests that were also highly smart. Full of stunning imagery and moments that are should to make even the most jaded horror fans shake there head in disbelief. A film I personally have viewed many times and always notice something new. Not to be missed by anyone.

3.Cronos (1993)
Sprung from the genius mind of whose visual blend of dark beauty and mechanics is like steampunk without the annoying cosplayers. Like "The Hunger" his take on the vampire lore is anything but traditional, having a Spanish flavor. I also like that its told almost like a modern grim fairy tale, a theme that would be carried over to what I consider his finest work "Pans Labyrinth (2006)" Its not hard to see by his first feature that he was a force in the industry.

2.Lost Highway (1997)
In this humble writers opinion nobody does nightmare logic and sheer insanity quiet like David Lynch. Its hard for me to pick a favor but this might be it. Lost Highway works like one long fever dream and the sheer fact that Robert Blake is in it, who would later be found guilty of murder makes it all the creeper. If your not use to Lynch's story telling viewers might be blindsided by all the twists and turns and well logic being thrown out the window. With Mlld. Drive.getting a Criterion blu soon i`m hoping this one does as well. Dont try and make sense out of it, you`ll just give yourself a headache. Just go along for the long winding and cool ride into hell. ...

1,Audition(1999)
Taking the top spot is Audition by Takashi Miike . This film is a slow burn leading up to a tension filled finale that still manages to give me the creeps. Once it gets towards the end its almost painful to watch the carnage that ensues. Its also smart and touches on themes that are firmly rooted in the human experience. Themes such as loneliness,faithfulness and revenge. After seeing Audition I was a life long fan of Miike and have sought out many of his other works. As a said its pacey but it is well worth the build up.

Posted by Gorehound Mike at 1:44 PM