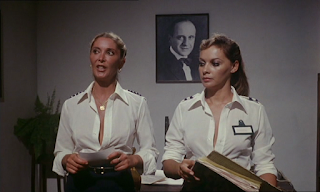 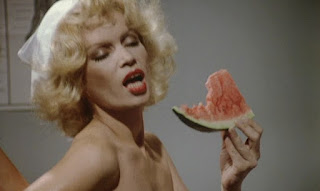 Oh women in prison films, if you have`nt seen one your truly missing out on the sweet fruit of the cult cinema tree. This week will be looking at WIP films from around the world.

There is plenty of lovely lady flesh on display behind these prison walls, but what would you expect from a title that has Bare in it?  Literally ever scene is teeming with naked women showering or having sex with the wardens. The sex is turned up to eleven as it switches to hardcore porn, with scenes that would even make the legendary Russ Meyers blush. Violent beatings, and torture are afoot and as one character even comments the head warden gets her kicks from inflicting pain on the inmates.The conclusion isn't very strong, yet it does feature a very disturbing home invasion that ends very nasty.  Your likely not to forget it.
Trashy, violent funny and borderline pornography what more could one ask in a film? Totally worth checking out. If I`m lying you can lock me up and throw away the keys.... Just please no cavity searches.