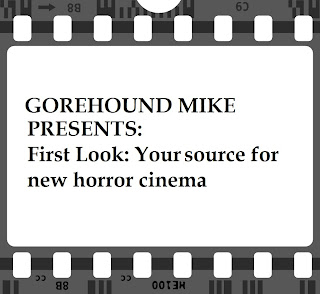 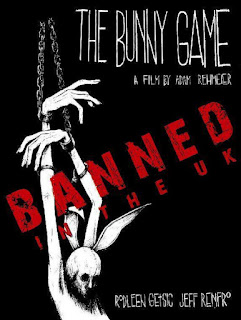 The Plot: Bunny is your typical junkie and whore who will do anything for the green. But when she is picked up by a mysterious truck driver she is violently thrust into the truckers insane sexually charged fantasy world and must survive his nasty games.


Review: I`ve always found that the scariest monsters are those that are human, and the depths of depravity we as a species are capable of. Nothing is more true then The Bunny Game. First off let me say this-very few movies actually down right disturbed me and this my friends is one of them. It is a total assault on the senses and something your not likely to forget.

The actors are so good in it you forget your watching a fictional movie and just feels like you`re watching a filthy snuff film. Rodleen Getsic who plays the victim Bunny is so good in this that its frightening and honestly she should get a Scream award for her performance. I was told she actually fasted for awhile to prepare for this. You really have to give it up for an actress who not only is willing to put herself through the mental stress of the material but to be nude, AND not only be nude but be degraded AND have her head totally shaven. Jeff Renfro plays the trucker that picks up Bunny and turns her world into decay.

Renfro is easily more chilling and risk taking then Anthony Hopkins in Silence of the Lambs and I do not say this lightly. He doesn't say much in the film and really he doesn't have too, which is a testament to his skills as an actor. You would be hard pressed to find a more evil brutal and more importantly convincing screen serial killer. Unlike American Psycho their is nothing glamorous about what he does, plain and simple he is a monster. Rodleen and Renfro both plunge deep deep down into a pitch black spiral which is at times difficult to watch. It makes the Texas Chainsaw Massacre look like Snow White.  Its an exercise in how I filmmaker can take us the audience into the deepest darkest recesses of our souls and show us how very ugly human nature can be. This is simply not a slasher who is satisfied by quickly killing his victim, he mentally totally destroy`s his victims first. Which to me is a million times scarier.


Visually this film is stunning and the use of black and white amps up the dread and terror a thousand percent. Its actually harder to work in b&w but its mastered beautifully.  Rehmeier has an impressive eye for style and his 15 years of working in film really shows. I can very easily see the image of Rodlenn in her bunny mask as an icon in the genre.Not since Argentos debut has a filmmaker break out of the gate and brought something fresh like this.  I rarely comment on it, but the editing job is very well done and helps create the psychotic kinetic energy. Its interesting to note that little to no blood is shed in this film yet it is how the character is mentally torn apart that is even harder to watch. Young filmmakers YOU CAN LEARN SOMETHING FROM THIS, its not about the gallons of blood you pour on your victim, its the skill to make a us the audience feel emotion for the character, without that its pointless. Even though we don't know much about Bunny we still can feel for the torture she has to endure. 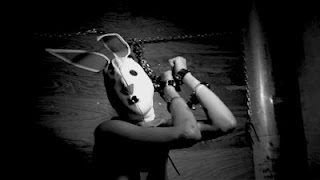 Critics will no doubt pick this film apart for its treatment of women and the unrelenting violence, what they might fail to see is the polished skill and visual intensity to disturb and shake its audience members to its core. I do warn you, if your sensitive this is not the film for you, and guys this is not a very good date movie. Actually best not show this one to your girlfriend at all.

Rehmeier`s The Bunny Game forces us to take a look at the most depraved ugly and brutal aspect of the human condition and leaves us with a very bleak outlook. And while its not a movie you're likely to re-watch often it is a exercise in film making not seen his Tobe Hoppers Texas Chainsaw buzzed into theaters.