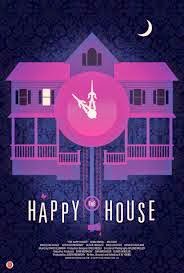 Minor Spoilers but no end spoilers or major plot points*** read on.

When I look at a film to review, I dont set out comparing it to others like it but sometimes Its hard not to. Point in case, "The Happy House" I had not heard much about this film and I jumped right into it fresh and without reading any reviews, well maybe I should have to spare me the time wasted on it.

A young couple whose relationship is rocky at best needs to work things out. The answer to there problem: a nice romantic get away to a charming bed and breakfast for some much needed r&r. A nice grandmother type woman greets the couple and all seems pretty normal,yet something was kind of off about her and her big lug of a son. As soon as the couple sets foot in the door the house rules are went over and a policy of three strikes and your out which of course seems ominous. The start of the movie is very strong setting up a great balance of dark humor and horror much like "Tucker and Dale" did a few years back. Your made to think the creepy grandmother and her big bad looking son are killers but this is a flimsy at best fake out which is not used nearly as cleverly as Tucker did. I was disappointed because this could have set up a lot of entertaining misleads but atlas this movie suffers greatly from a tepid screenplay.  The direction seemed actually pretty solid and the camera work was at times creative but when your working from only a half realized script theirs not much you can do. You can even get the sense that D.W Young the direct has a good grip on visuals but if I could give him one piece of advice, pick a better written project because this was just bad. Speaking of writing, the characters in this are really hard to root for, mainly i`m talking about the couple whom come off as 2 dimensional with no depth. Lets talk about acting, which is pretty good considering the limp script they had to work with. Right away I liked the casting, the couple was believable not the typical beef cake and double d bimbo that looks like the were ripped off the cover of some magazine. The actors are called to give a emotional performance and it comes off real and not hammy. Mr Young at least knows when to reign his actors in without letting anyone get to carried away. 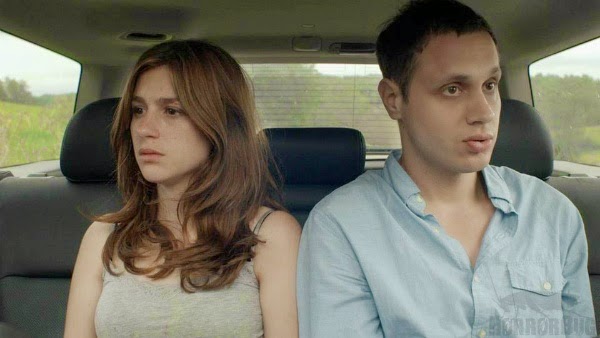 There is a killer in this film and boy is he annoying spouting cheesy one liners that would even make Freddy cringe. Again it seems like this was written but someone who has a narrow view of the genre because nothing about it is clever. I kept thinking about the film I reviewed called "The Bleeding House" which has a similar set up of people in a farm house and how much better B.H was compared to this. A film like this almost pisses me off because I can see how awesome it could have been, had it been better written.

As much as I feel spoiling this end wouldn't hurt anyone i`m getting stick to my spoiler free review. The end is so lame it actually left me wondering who the fuck thought this was a good idea, its so bad its jaw dropping, it will leave even the most forgiving fright fan scratching his head in disbelief. Honestly folks i`ve never seen a more anti-climatic end in all my years of cinema.  This actually could be the worst ending to a horror film i`ve EVER seen. This is one Inn i`ll skip thank you but um no thanks.
Posted by Gorehound Mike at 5:08 PM