WILD FROM DOWN UNDER: TURKEY SHOOT 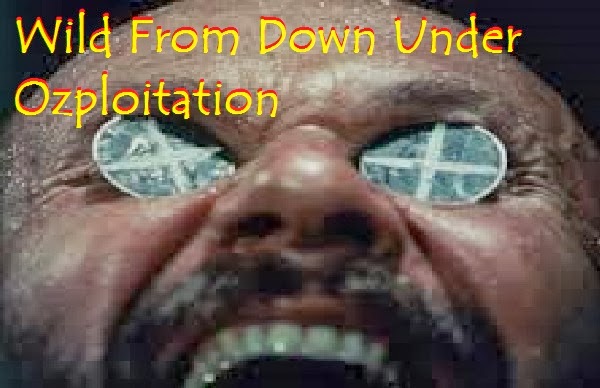 I`m going to spare you the history lesson on Ozploitation. Its been well covered in Mark Hartleys documentary "Not Quite Hollywood: The wild untold story of Ozploitation. It more then clue one in on these gems. I recommend it for any serious film fans. Look for my review of PATRICK 2013 by Mark coming soon! 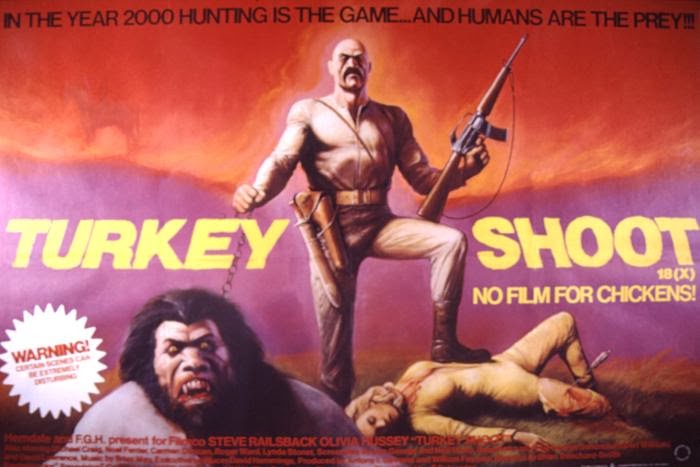 Today were going to look at TURKEY SHOOT aka Escape 2000 in the US directed by Brian Trenchard Smith (Man From Hong Kong,Night of the Demons 2,Lep.3 etc) Turkey Shoot is an strange and twisted take on "The Most Dangerous Game" For those who are not familiar with TMDG -its about rich hunting man, the most dangerous game. 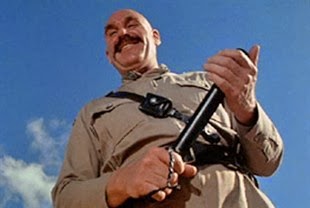 Set in a future society that is cruel corrupt and doesn't stand for any form of government disobedience. If you don't fit in with the rules you go to a camp for a  re-education.Run with an iron fist by Charles Thatcher and his brutal warders including ex wrestler Roger Ward in a stand out performance. A group of such society misfits are rounded up and placed in imprisonment. While there beatings,harsh environment and rape is a way of every day life. But for these select few something far worse is in store for them, such as being hunted as sport by the wealthy to slate there blood lust.

This movie is a glorious mess. Its got its tongue firmly plated in its cheek, and if your a lover of the weird wild and humorous (and why else would you be at this blog, after all) then you`ll see past its flaws and embrace the genius of this film. Yes I said genius...

Right off the the director sets the tone with savage riot footage and gives us a taste of what we have in store. The cast is amazing. In the main roles you have character actor Steve Railsback as the rebellious Paul and Olivia Hussey as the innocent Chris. Supporting roles such as Michael Craig and Roger Ward (Mad Max) are over the top and perfect as the baddies. You gotta love seeing prim and proper Oliva in this down and dirty, down under film, something I suspect will never ever happen again. This further adds to the surreal quality of the picture. The cartoon style violence can never be taken to serious and fuels the films black sense of humor. For example Roger Wards severed hand continues to twitch even after its been cut off (by Oliva Hussey who almost nearly took it off for real.)

As stated above this film is flawed but a lot of that can be explained by the notoriously troubled production.
From the start something like 12 pages were cut leaving a whole first act re write. This would account for the at times the uneven story. Also its been got cut already half way during production.But one  can never get bored with TURKEY SHOOT..Oh far from it. You have beautiful bare breasts, gore galore and even a mutant hybrid wearing a top hat and human clothes!  Once the hunt begins, the film gets kicked into over drive. With all the blood guts, chases explosions and mayhem that make this genre so much fun. Despite its problems this is a pure thrill ride of carnage nudity action and weirdness that is sure to please even the most jaded of cinema go`ers. Its easy to see why this is one of Quentin Tarantino`s favorite Ozploitation films.