Fans of B-Horror films have do doubt seen the films of Jim Wynorski. His impressive body of work includes such cult classics as Chopping Mall, Not Of This Earth,Transylvania Twist,Camel Spiders Return of the Swamp Thing just to name a few. Jim Wynorski started out working for the legendary producer director Roger Corman and soon got his first assignment "The Lost Empire" In addition to giving Lords her first none adult film role his remake of Not This Earth he also discovered a young unknown Jennifer Love Hewitt in his film Munchies. Jim has is just finished a film with none other then the lovely Ms.Lords and took time out of his busy schedule to talk about his films and give us a sneak peek at his latest epic SHARKANSA PRISON MASSACRE.


GM: What were some of your favorite Roger Corman films growing up? 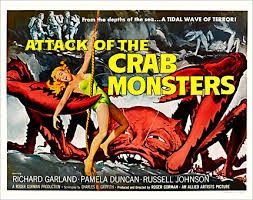 JW: Oh that's a new question. I loved Attack of the Crab Monsters which I saw when I was very little. I liked Not Of This Earth which I remade. I wanted to remake Crab Monsters and theirs a script out there that exists but he (Corman) didn't want to do it he thinks to much of the original film to do a remake. Day the World Ended, of the black and white period though were my three favorite.  Also liked Bucket of Blood. Of  the color period I liked all the Poe films, X The Man with the X-Ray Eyes,Wild Angels there's a lot of them. I grow up watching those pictures and paying to see them. I told Roger that a lot of picture I saw growing up and they influenced me. So when I finally got to meet him and work for hiim it was quiet an honor, i was in awe of him. 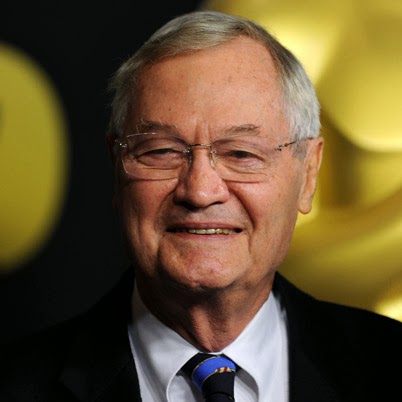 GM: Whats the most significant piece of advice that Roger gave you, that you apply to this day?

JW: Just before I started shooting Chopping Mall he took me to lunch and he said bring a pad and paper,so I brought a yellow pad and after lunch he said this here is what you gotta do and he gave me film school in an hour.Everything I learned in film school didn't count but what he said made a lot of sense and I still have that yellow pad and I live by it. I now have it memorized, many do`s and don'ts. Many questions, not trick questions like if your in this situation what do you do and they have to do with keeping up your schedule, dealing with your actors etc. So in short the pad was the best advice I ever got on how to make a movie. He doesn't give it out willingly to just anyone but he gave it to me and a lot of his protege and its worth its weight in gold on how to make a movie for cheap and how to make it entertaining.

GM: Lets talk about Chopping Mall a personal favorite of mine. Did you have a bigger budget to work with on this then your first film "The Lost Empire"

JW: I believe it was yes.

GM:  Which mall was used?

JW: The Sherman Oaks Galleria, which is now gone. Also used in Commando, Fast Times at Ridgemont High and many other movies.

GM: I read Keli Maroney did of her own stunts? 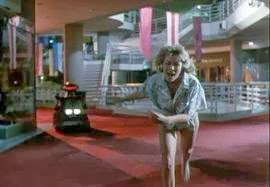 JW: No not all of them. Thats her with all the snakes and tarantulas on her and her running around but when it came to the dangerous stuff like being near explosions or going through plate glass windows that was a girl named Lise Romanoff.

GM: I heard there was a talk of Chopping Mall 2...

JW: My statement has been watch the first one again, there cant be a Chopping Mall 2. Somebody right now is remaking Chopping Mall, I believe without robots. Its like making a Friday the 13th movie without Jason.

JW:  I have a say in terms of I own a piece of that film (the remake) if it ever gets remade, cause I know a piece of the original Chopping Mall.

JW: They didn't contact me and  I would tell them what I`m telling you, its not a film you want to remake. Especially without the robots and if they did it today the would probably use CGI robots and it would not be as good. Cause its done to remake it today or reboot it or in terms of a part two it never came up.Any time someone asks me about it I always just say watch the first one again. You`ll never be able to capture whats in the first one in a second one. 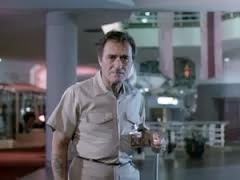 GM: I always put this movie out to friends of mine because not only do you have homages to Corman films but to B-films in general.

JW: Well I was just starting out people I wanted to thank visually, like Dick Miller and Paul Bartel and Mary Woronov and even Angus Scrimm is in the film, hes one of the guys asking questions at the beginning. It was a piece of work I had a desire to make.

GM: Speaking of Mary Woronov and Paul Bartel was there reprising there roles in Eating Raoul originally in the script or was this thought of later? 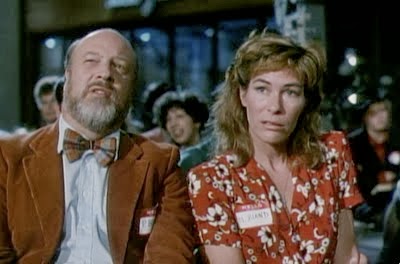 JW: No but Julie Corman who produced it already knew Paul and Mary and she got them to come in there and we just put the camera down and just turned it on and just let them talk. Yeah there was a couple scripted lines but everything else is ad libbing coming right from them and I just used what I liked.

GM: Another film that is a favorite of mine and I`m sure of many of the readers at home is Not Of This Earth. Was it your idea to remake a Corman film or Rogers? 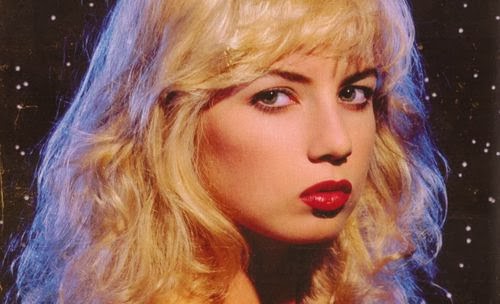 JW: Yeah I wanted to remake Not Of This Earth and Roger said Ok and he left town and while I was doing prep thats when all the Traci Lords hoopla hit the newspapers about under age porn and everything else and I said this was the perfect girl to be in this movie.So I became a detective and sought her out. It was not easy to find her because she was not with any agencies, she was in hiding. I found her and convinced her to do it and been friends with her every since and we just did another movie together finally.

JW: Shes a doll, she hits her marks, she knows her lines. She was a little scared of doing something new. We shot that film in twelve days, actually we shot that in eleven and half so on the second half of the last day of the twelfth day I went back to the stuff we shot on the first day and re shot it again when she was a lot more confident and self assured and that's what ended up in the movie.

GM: Speaking of blonde vixens you worked with tall and amazonian Brigitte Nelsen on your horror film 976 EVIL II and you have a interesting story of how she got cast. 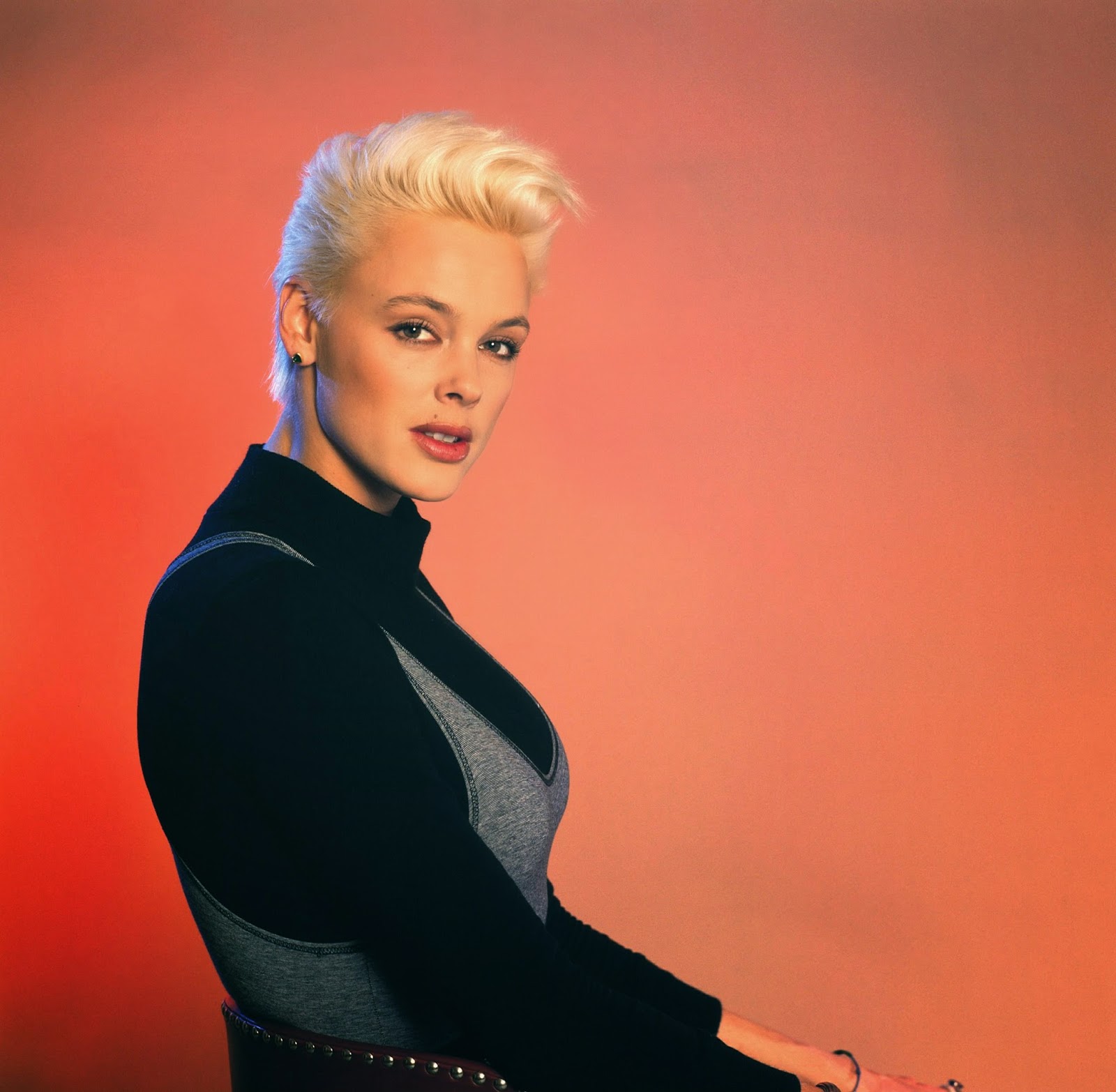 JW: I was at a Hollywood party at some producers house and she was there looking hot as ever and I was playing pool in the pool room. She asked if we could have a game and I said can we make a wager? She said what kind of wager? I win you do a day for me for scale on my next picture I lose i`ll put on a maids outfit and clean your house. And she was up for that. We had a good game, it was close but I won. So she showed up on set of 976-EVIL II she did her day and did an Ok job.

GM: Did you felt her difficult to work with?

JW: No no she wasn't difficult to work with. She was working for pretty big bucks at the time and her she was working for scale and she didn't really come in super prepared and we had to go over her lines but in the end she did a great job.

GM: You have a pretty impressive number of film credits to your name. How long does a typical shoot for you last?

JW: It varies sometimes I shoot them in two days (chuckles) or twenty four it depends on whats being shot. A bigger movie like Not Of This Earths took twelve. Return Of the Swamp Thing took twenty two. Different schedules different budgets its whatever you can afford to do.

GM: Last talk now about your latest film with Traci Lords Sharkansas Womens Prison Massacre. Great title by the way, you came up with that? 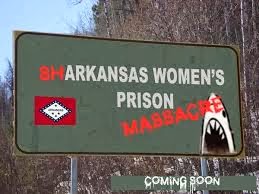 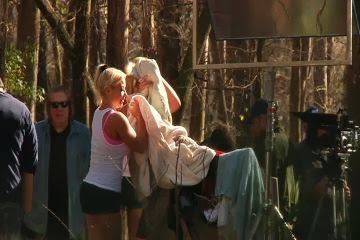 JW: In the shower.

JW: Somethings just come to you right away and some things don't. I was in the shower last September and I was trying to find something with shark in the title and not use the word shark and suddenly it was like inspiration angel came over my head and Sharkansas and when I put those two words together women s prison massacre just followed. (Laughs) And I was like I wanna see that movie. I got out of the shower, went to the computer and starting belting it out. 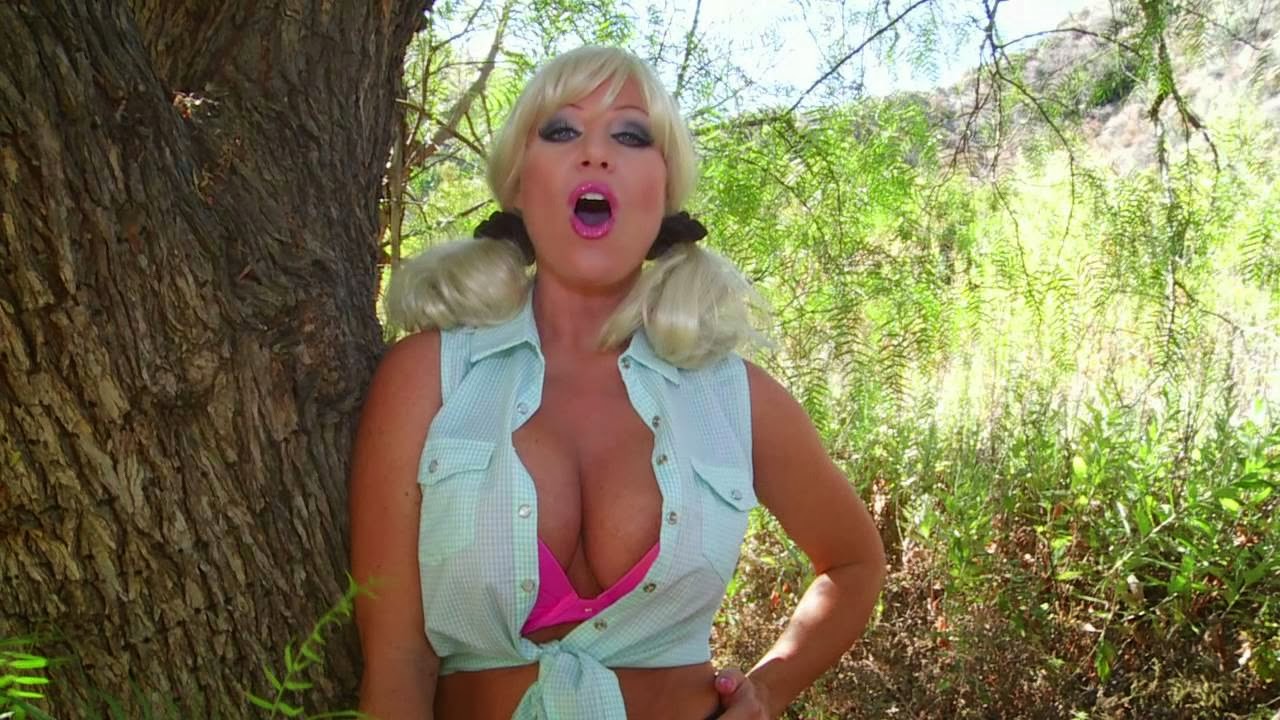 GM: What can fans expect?

JW: Fan can expect everything you would expect from that title (laughs) Hot chicks cat fights shark attacks not only on water but on land, because these are land sharks from Saturday Night Live. Of course funny dialog and suspense actually.  We spent a lot of the budget shooting on location in the Florida caverns and swamps. We got Traci Lords and Dominique Swain, its a good movie, so far were putting it together right now.

Thanks again to Jim Wynorski for taking the time to talk to us about his epic career! Look for Jims movie GILA! Starring Chopping Mall`s own Keli Maroney on DVD soon! 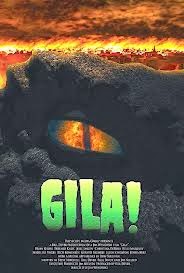 Posted by Gorehound Mike at 3:42 PM