I`ve always been mesmerized by the film "Mommie Dearest". While everyone was traced by Joan Crawford in all her movie star monster greatness it was the character Carol Ann who I found the most compelling. She is the anchor for Joans extreme maniac highs and lows. She's also her loyal best friend, someone who will take care of you when your passed out drunk or when you need a deadly weapon to do a little midnight gardening. 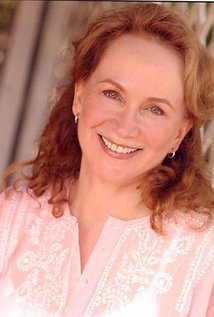 Bringing her to life is the lovely and talented Rutanya Alda.


In the final gripping scene the adult Christina Crawford (Diane Scarwid) is comforted with the fact that Joan left her and her brother  nothing in the will. Her brother Christopher says with a sad smirk "As usual, she has the last word" to which she replies "Does she?" which foreshadows the writing of "Mommie Dearest"  a book that was the first of its kind, blowing the lid off of a huge movie star and pealing back the "perfect" Hollywood image. Later Bettie Davis's daughter followed suite with a equally shocking tell all book. The film based on the book was notoriously troubled with being over budget and its star Faye Dunaway being difficult to work with, causing many hurt feelings and in one case leave the production totally.  Ironically the last line of the film can be applied to Faye's co-star Rutanya Alda who played the thankless Carol Ann, Joan's assistant. Like the real Christine Crawford she gets the final word in her wonderfully delicious book which is a diary she kept during production. The first chapter introduces us to Rutanya Alda as a person, telling her story of coming to America as a child, the horrible abuse she suffered and how she uses this pain to create wonderfully real and deep characters. Alda pulls no punches and tells many colorful details about her start in films as well as off screen flings. I found this part of the book interesting, humorous and at times heartbreaking. The second section is the diary itself. Everything you wanted to know behind the scenes of this cult classic is detailed. It explores the diva star Faye as well as director Frank Perry and co-stars Diane and Mara (Young and adult Christina) You also get a peak into her troubles with husband Richard Bright (The Godfather) who struggled with substance abuse until his passing. She provides the daily record of her life at the time of filming with updated antidotes. As a fan of both her work and the movie I found it a enjoyable read. Finally after the diary ends we get an update on life for Rutanya post Mommie Dearest, including how she discovered its major fan base due to its unintentional camp value. Through out the book Rutanya does not come off as bitter or mean about her time as Carol Ann but remains objective and truthful about her experience making a now cult classic movie. My only complaint is when I was finished I wanted to read more. I would love to read another book about all her amazing experiences. After all this is the woman that was in such classics as "The Deer Hunter" and genre favorites like "Christmas Evil" "When a Strange Calls" and "Amityville Horror II", "The Stuff" etc I mean how cool would it be to have a book choked full of amazing antidotes and stories of such great films. Fingers crossed. One thing is sure, this book is a lot of fun and any film buff will find it a must read. As with the real life Joan Crawford this book peaks in perfection and should be on any movie lovers shelf, but plus dont put it on a wire hanger... You know what`ll happen.