Film Class from Hell:Underrated Horror/Cult Cinema Part 1 What dirty little treasures you should be watching!

Gorehound Mike here... Going through the dusty vaults and picking some underrated flicks from around the world to help YOU our readers discover your next favorite film!  This is part one in a series, since there are far to many films for just one blog. Most of these films are easy to find and some are even streaming on Netflix which is marked as such.  S.O.N- Streams on Netflix. So you have your home work assignments..I`m afraid here at Gorehound dentition means disembowelment.

Chopping Mall
80s cheese fest that is loads of fun. Killer robots in this throw back to Corman with lots of insider jokes for film buffs to enjoy. See my interview with its film maker Jim W in last months archives.

Daughters of Darkness
A film that is both sexy, well shot and all together hypnotic. Its a very different kind of vampire film and is one of my personal favorites. I never understood what people meant by a film being dream like until seeing it.

Bare Behind Bars
Its like the took the recipe for a typical Women in prison movie and throw in a tab of acid. Campy loads of sex (at times hardcore) and of course violence yet it goes from crazy to just plain wtf?? A treat for sleaze fans. See full review in archives.

Dead End Drive In
In the future where does the poor and the criminal scum go..Why to a drive in of course, only once you enter you don't leave. Wildly entertaining, imaginative and loads of rip roaring action, this weird little flick from down under is worth checking out. 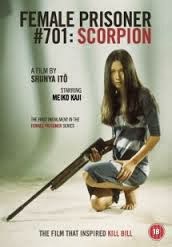 Female Prisoner 701
Another W.I.P movie set this time in Japan. Its been loving referenced in Kill Bill and rightly so. Its a stylish weird and violent piece of celluloid hell that is a lot of fun. See full review in archives. 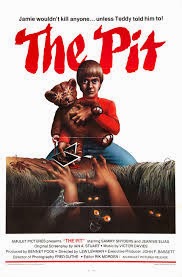 The Pit, wow this is just pure bat shit crazy movie. Its a story of a boy, a "pit" of monsters and a evil teddy bear that we assume only his owner can hear. Its one of those movies that has to be experienced. See full review in archives. 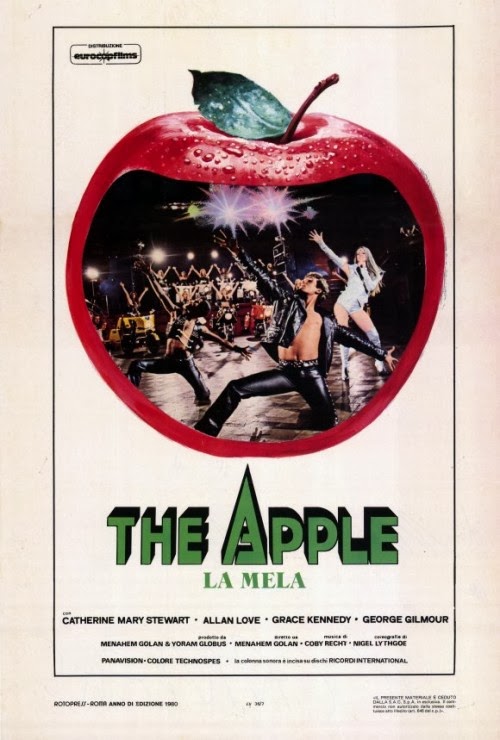 The Apple
The apple is a Rocky Horror minus the brilliance in song writing and director, however its campy and surreal enough to justify a look at. I heard it once described as a alternative future where Nirvana never came about and the music world was totally different. So go on take a bite! 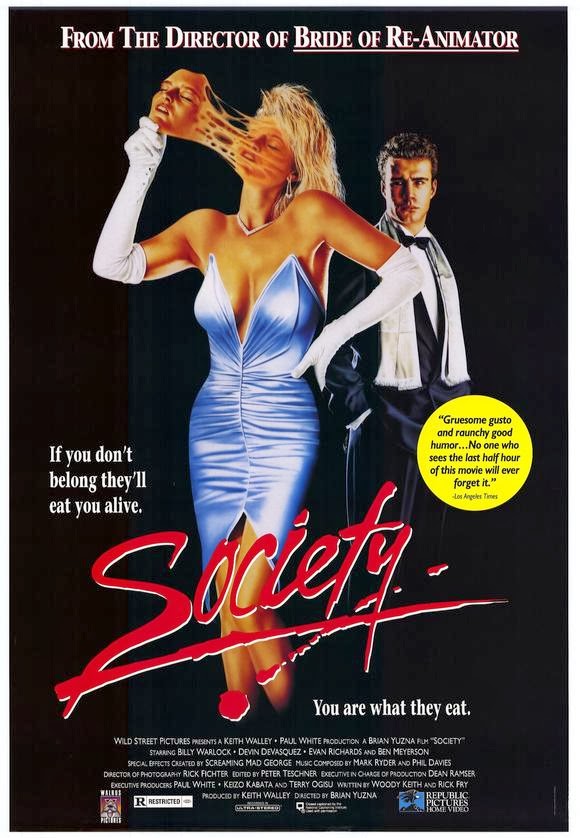 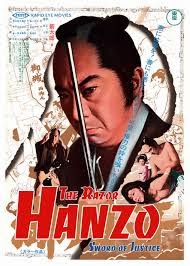 The first of three in the trilogy, follows a rebel police officer who has a giant penis and his way of interrogating female suspects why raping them of course. But mid way through the sex,naturally the love it sooo much they will say anything he wants to know in order for him to keep going. Wildly un. P.C and could never ever been remade this is another one you just got to see to believe. The dvd set is fairly cheap and not hard to find and well worth it.

Well cinema friends that its for now, that should give you plenty to rent/stream. Look for more coming soon!
Posted by Gorehound Mike at 7:40 AM