Cat People: Stylish 80s flick but is it Purrrr fect? 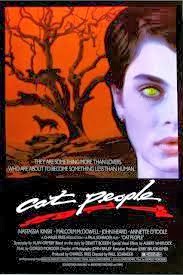 Gorehound Mike here...Get out a saucer of milk cause were going to be  checking out CAT PEOPLE which was recently released by Shout Factory (Scream Factory) So since this film was even the HD treatment I felt like getting out the cat post and give it a world. This was the first time I had scene Cat People and I wasn't sure what to expect, like most films I like to read very little about it and go in totally cold.


First off, beside the name and a slight homage this has nothing to do with the original Vel Lewton film. From frame one I was totally mesmerized by the films stunning visuals and the David Bowie song (written for the film) Putting out fires only cemented that I was going on a unique journey and boy was I right. You gotta love a movie where in the first ten minutes a prostitute gets mauled to death by a giant panther. Its even better when said lady of the night is Lynn Lowey. (Not that i have any ill will toward the actress) So its safe to say that at this point the film had sunk its claws in me. As I stated earlier its visuals transports you into this world and its the films style that gives it a true edge and had it not been for it and a smart screen play by Alan Orsby Cat People could have been more silly then amazing. 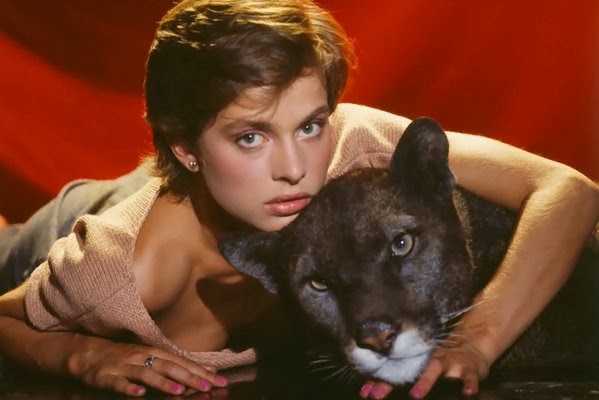 Of course even a great screen play can flounder if it doesn't have a director that can not only grasp the material but translate its vision to the screen. Paul Schrader writer of such modern day classics like Taxi Driver,Raging Bull etc (and infamously got naked on the set of his latest film The Canyons to appease screen diva Lindsey Lohan) helms Cat People and does it wonderfully. In a lesser directors hands this could have easily become a cheesy horror film devoid of the depth and symbolism. One example is when Ed B.Jr`s character gets ripped apart by a caged panther the red blood cascades on Nastassja Kinski`s white shoes, which given the virginal theme its a wonderful symbolic moment. That is just one example of the great symbolism strung throughout. Shrader keeps things very serious with no tongue and cheek to ruin its mood. And what a mood he creates. A great cast sells this film with the lead Nastassja Kinski and Malcolm McDowell (when he was still a respected actor) and John Herd. It truly is McDowell that steals the show with his scenes, the one that comes to mind off bat is his nude scene in the bathroom after a night of feeding. More off putting then his being totally naked is when he chopped down on some left overs that was hanging off him. Bold indeed. Everything goes right in the case of Cat People, with its brilliantly written script, a great cast and a talented director blending it all together, this feline while may not be perfect will have even the most jaded horror lovers purring for me! And come on you know when Bowie does your theme song its going to be a bad ass film! 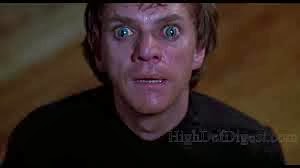 As always S.F has put together a nice dvd/blu ray with loads of extras. Totally worth buying.

Posted by Gorehound Mike at 1:00 PM