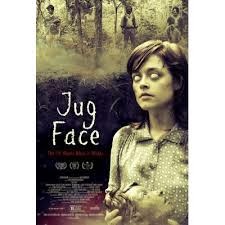 Hello cinema freaks, welcome to Part One of our Retrospective on Jug Face, the indie film that has taken the horror community by storm. To kick things off we have the writer and director Chad Crawford Kinkle to give us his exclusive interview. 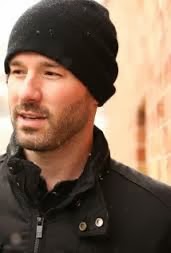 GM :  What film inspired you to want to make them yourself?

CK: I can’t say that it was one particular film. I’ve always been into movies. I made shorts in high school with my parents VHS camcorder without any notion that I could pursue film making as a career. It wasn’t until College that I discovered I could learn to make movies.

GM : a. What was it about growing up in TN that inspired you to make Jug Face?

CK:Being from a small town was one thing. And knowing people who practiced their own version of Christianity was another; like snake handling churches.

b. How long was this story brewing inside your head?

CK: It had been in my head for about four years. I hadn’t worked on it hardly at all. I only had the concept.

GM: : Finding the right sculptor for the jugs was key for the film, how did you come to hire Jason Mahlke for the job?

CK: Once I started writing the screenplay, I read two books about face jugs and began collecting them. I have 22 now. But I knew I needed a current jade jug potter who could do portraits. I stumbled across Jason’s work on ebay.

GM:: Did Jason make a jug face of you?

CK: He did! We were testing out glazes and wanted to see what an actual throat slit on the jugs would look like. The slits was way too much. But we used my head.

GM : Did you always have Sean Young in mind for the role of the mother?

CK: I didn’t, but Andrew van den Houten, the producer, mentioned her. I was standoffish at first, but could see her doing amazing job with the role.

GM : Being your first feature film, did Young a seasoned actor teach you a lot about working with actors?

CK: I learned a lot from all of the actors. They each have their own different set of needs in order to perform properly. It’s about figuring out what that is… quickly!

GM:: As a director do you give your actors room to improve or is the written word gold as they say?

CK:I’m always open to something better than what I’ve written. We had many discussions.

GM: : Are you a fan of a lot of rehearsal or do you like to find the truth in the moment?

CK:Rehearsals are great, but I do like to just jump into a scene and see what happens.

GM::  One of the genius things about your film is you never see the evil in the pit, were you every pressured by outside forces to deliver on a seen monster?

CK:We did have a creature suit that we shot. I always figured we would use it sparingly because the concept for the creature was that it wasn’t totally a physical thing. We ended up using those shots as layers over Ada during her visions which worked perfectly. If you pause the film, you can see it.

CK: I don’t know about pranks, but it’s best to keep things light and focused on the set no matter what type of material you’re shooting,

CK I’m writing away at the moment on my next screenplay, another southern gothic horror tale.

GM .   What advice would you give fellow filmmakers reading this blog?

CK: Keep at it. The only way you can fail, is to quit.
Posted by Gorehound Mike at 3:10 PM