Tom Towles: We say Goodbye to a legendary actor 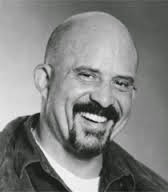 Gorehound Mikes pays tribute to a legend in the business.

I like so many fans were shocked to hear of the passing of veteran actor Tom Towles at the age of 65.   Our paths never crossed but I had always heard of how great he was to fans, signing autographs and having a blast talking to them about his various roles. I was currently in the middle of another blog but I thought it was important to take a moment and celebrate the legacy of fine acting that Mr.Towles left behind. He will be remembered not only for the great cinematic work as an actor but as the kind person that he was. This is part one of a two part blog playing tribute to a man that always brought class to whatever project he was in. 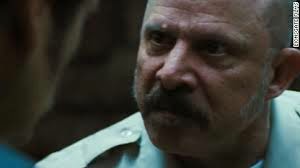 5. The Devils Rejects- Character: George Wydell. Nobody expected Towles character of George Wydell the gritty law man to strap on boots and a badge (after his fate in House of 1000 Corpses) for a second time but with some clever writing hes back for a haunting role as the delusion of his brother Sheriff Wydell (William Forsythe) George tells his brother to dish out punishment to the fiends that did this to him and other innocent victims. This is enough to push the already unstable cop into raining unholy terror unto the trio of murderers. The scene between both actors is nothing short of electric, and there is something both heart breaking and unnerving about his cameo resulting in one of the best scenes in this already awesome film.  While his role is very brief its unforgettable and its why it makes the list. 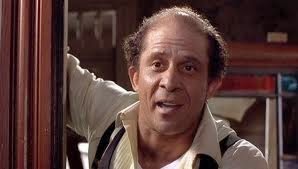 4. Night of the Living Dead- Character: Harry Copper
1990`s remake of the classic zombie film Night of the Living Dead had huge shoes to fill but having a guy directing who knows alittle something about the undead (Tom Savini) it was no surprise that the film became a fan favorite and does what few remakes can do, be as good as the original. In NOTLD Tom plays Harry Copper a rather nasty man that butts heads with everyone in the house. Its really hard to see anyone else embodying the role more and capturing the original character so well yet making it his own with his subtle performance.

3. ER (TV Episode) "No Brain,No Gain Character: Teenage boys father
Season 3 of the hit medical show E.R sees Tom as the father of a teenage boy and the emotional range he brought to the episode. Proving that not all of his best work was in horror and had a vast number of roles on the small screen. 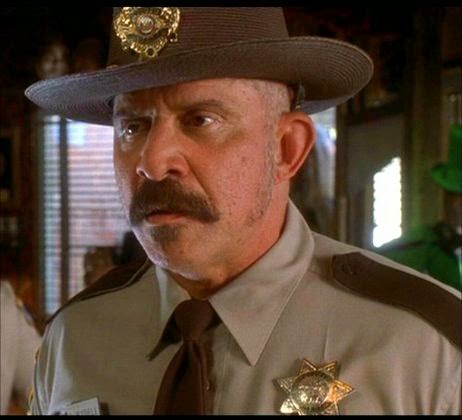 2 House of 1000 Corpses Character: George Wydell
In Towles first of four films with Rob Zombie (including his role in Zombies fake trailer for Grindhouse) he plays tougher than nails Officer Wydell. Towles seems to be poured into the uniform and he sells it so well that you have no problem with buying it. You really get to like his character and it makes what happens to him all the more shocking. This really shows the wide range he was capable of. He can at ease go from a serial killer to a cop in equal amounts of realism. 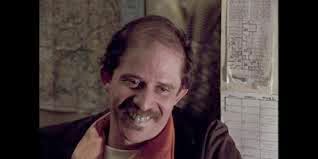 1 Henry Portrait of a Serial Killer-Character: Otis
Like so many fans I first discovered Tom Towles work in the film Henry Portrait of a Serial Killer playing the infamous real life killer Otis Toole in the 1986 shocker. Otis might be the creepiest serial killer put on film due to his multi layered performance.With elements of a child like mind and a sociopathic lack of feeling its a chilling study in a human monster. The rawness he brings fits perfectly with the documentary style film making and makes the film as a land mark in horror cinema.

I know this barely scratches the surface of such a great actor and I would love to hear from you guys on your favorite films of his. Please LIKE my FB Page and post. I wanna hear from you and make this blog more interactive.