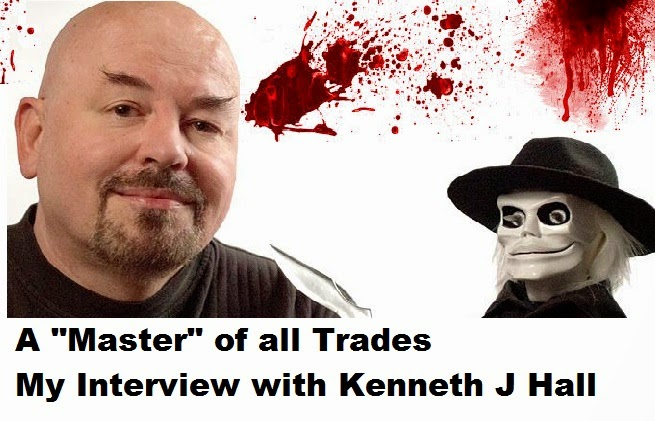 You may not know his face but for over three decades Kenneth J Hall has been pulling the strings in the horror genres most exciting films including the original Puppet Master. Kens done it all, written directed special effects and even owns his own effects company "Total Fabrication" which has done work on such classics as "Fear and Loathing in Las Vegas" Very few can say they`ve done all that. Most recently fans were treated to "Linneas Horror Workout" which was only on VHS. Ken had taken the print he owned and put together a awesome limited DVD. If you want a great cheesy eighties oddity I recommend it.  Kenneth has taken the time to sit down with Gorehound Mike and talk Puppet Master,Critters and beyond....


GM: I read that your brother and you met Rick Baker at a convention in the early eighties and he inspired you both to follow your dream in special effects, tell us about the meeting and what advice stuck with you? 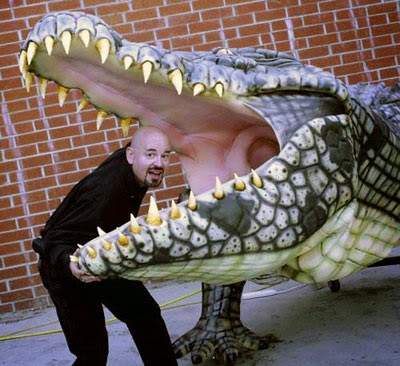 KJH: This was back in 1977, at a convention in Houston, Texas.  At the time, Rick was not nearly as well-known, especially to the general public.  It was several years before his first Oscar.  We knew him through magazines like Famous Monsters of Filmland and Starlog.  He was impressed with some full-body creature suits we’d fabricated out of foam and offered to provide us with sources for materials and the like.  He was incredibly open at the time though I can’t recall  any specific piece of advice he gave us.  It was inspiring to see a fan who was able to turn what he loved most into a career.

GM: Had you spoken to him after first meeting?

KJH: Though I never worked for him after I moved to Hollywood (except as a background puppeteer on GREMLINS II), I have seen him many times over the years and we always exchange pleasantries. 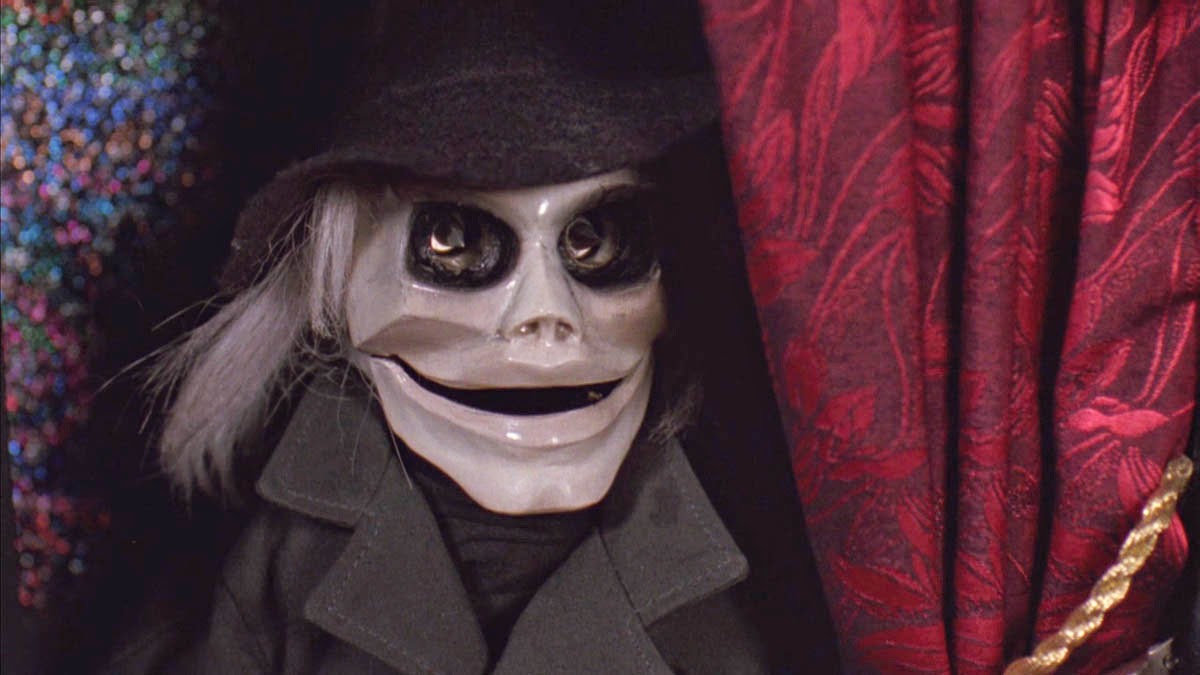 GM: Let’s talk Puppet Master which most fans would say is the best series Full Moon ever produced. Most people may not know that your take on it was much different than what ended up in the film. Explain how your version differs from the later drafts?

KJH:  Both had the basic  idea of the people coming to the hotel and ultimately discovering the friend they thought  was dead was using Toulon’s puppets to destroy them.  My draft had them as a coven of crazy modern-day witches and magicians, not paranormal researchers.  There was far more violence and several puppets were cut and saved for the sequels.

GM: You said in an interview that you`ve learned to accept that as a screenwriter your work more often than not gets changed, was that a hard pill to swallow at first?

KJH: I had many good experiences writing for Dave DeCoteau, who rarely changed a word.  The hardest part of seeing others rewrite and cut my work was the fact that many were untalented hacks whose producing and directing I had no respect for.  I someone like Spielberg altered one of my scripts, that would be an entirely different story.  However, this ultimately became the reason why I stopped writing for other people.

GM: What always amazes me is that you’re a man of many hats, not only do you write but you direct and do special effects. Which do you enjoy the most?

KJH: I came here to be a filmmaker.  To me, that encompasses writing, directing, and producing.  Doing FX and design work is creatively rewarding but not to the same degree.  I am thankful I have those skills and my company, which has helped me survive through the years. 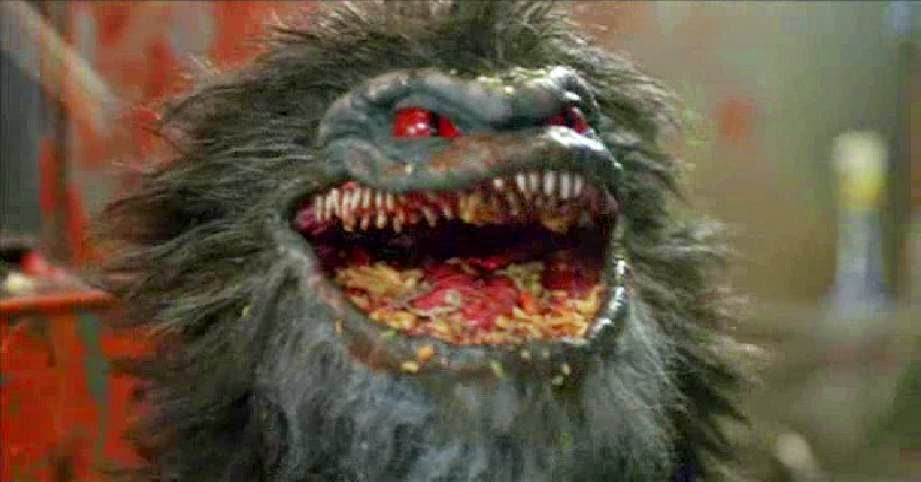 GM: Tell us some memorable stories working on the 1986 cult film “Critters” along with the Chiodo Brothers?

KJH:  It was my first time working for the Chiodo Bros., who I had known socially.  The space we were working in reached 110 degrees on certain days and everyone’s tempers were flaring.
Towards the end of the build, I believe it was Robert Shaye who suggested one of the Critters grow larger and I was chosen to fabricated the suit.  They auditioned numerous little people for it, which gave me a chance to Meet Angelo Rossito, who had been in Tod Browning’s FREAKS and, much more recently, MAD MAX: BEYOND THUNDERDOME.

GM: Did you get to keep any critters?

KJH: I visited the location where they had built the entire farmhouse  from the ground up but I did not work set on that show.  Even if I had, I doubt if I’d been able to take home one of the puppets.

GM:  You also formed TOTAL FABRICATION in 1995. Which project has been the most fun to work on?

KJH: It’s impossible to narrow it down to one, unless I include THE HALWAY HOUSE, which was my movie that we built the creature for.  Otherwise, it’s been nice to work with returning clients, such as Wheel of Fortune, Miley Cyrus, Blizzard Entertainment, and Sony PlayStation, because you know they already like what we do and know what to expect.

GM: Charles Band has recently come under some fire lately for various things. What was he like to work with and what impression did he give you when you starting working for him?

KJH: I have no idea what has surfaced recently.  Let’s just say I was never fond of dealing with him on a business level, which is something that seems to have remained constant about him over the years.

GM: Tell us about the day you shot your cameo for the film Gingerdead Man 2: Passion of the Crust?

KJH: My old friend Billy Butler directed and co-wrote that movie.  It was a total spoof of what it was like making movies at Empire and Full Moon and I was delighted to be a part of it.  Not only did I get to chew the scenery in makeup and wardrobe that made me look like Ming the Merciless, but I got to work with old friends like John  Carl Buechler, Mike Deak, and Michelle Bauer.

GM: If you were asked to either write, direct (or both) another Puppetmaster movie or a reboot for that matter, would you?

KJH: I would not want to do one of the sequels on the budget level Charlie is making them at now.  If someone else were to come along a do a big-budget remake, I’d be interested.

GM: What’s been the most surreal moment working in the film industry?

KJH:  Jesus, there are so many to choose from.  Working on a Hardee’s commercial comes to mind when Joe Griffo, a little person dress as the Happy Star, was dancing on a giant flaming grill set with six showgirls dressed in 4-foot diameter hamburger costumes danced around the perimeter to “Disco Inferno.”  To this day, I can’t hear that song without thinking of that dat.

GM: Finally to come full circle what advice would YOU give fans that want to get into the film business?

KJH: Frist, be sure that this is the only thing you’d be happy doing.  If it’s not, for god’s sake, do something else.  Once you get started, prepare for a lifetime of ups and downs where you will sometimes need to find alternate ways of paying your bills.  Be nice to everyone you meet.  You never know who they are or who they will become.  Be aggressive without being an asshole.  Then, whatever you do, don’t give up.