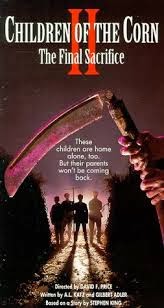 Ok its a proven fact that horror films were at there best in the seventies and the eighties but seeing how people lately are getting nostalgic for the nineties (yes i feel old) I thought about doing this series on 1990s horror films, the good the bad and the so bad there awesome.  This was a early horror film that I seen and made me fall in love with the genre. Having re-watched it for this review I still feel the same love I did when I first saw this years back.

Picking up after the original film left off the sins of the sleepy town of Gatlin is discovered by police  and hot on the story is hacky rag man/journalist John Garrett and his teenage son Danny. And as you would guess the followers of former leader Issac is still going strong and the mysterious demonic force of "He who walks behind the rows" possess Micah (Ryan Bollman) and makes him the new leader of the pint sized blood cult. It seems that what turned out to be a juicy story for John turns into more then he can bite off. But can they escape the clutches of the corn or will they end up as just another sacrifice. 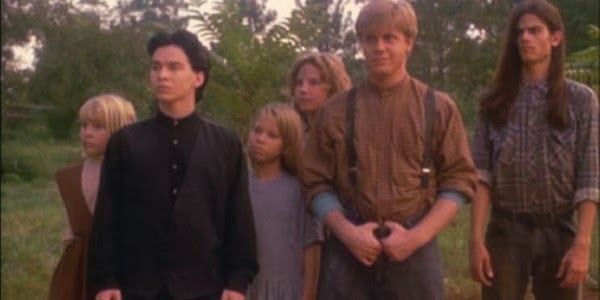 What I like the most about COTC II is that it doesn't take itself to serious and has some the best outrageous and yes even funny gore splatter scenes that is more reminiscent of eighties horror films. One of the best jokes is the Wizard of Oz references which is both map cap and priceless. Not to mention a scene which will make you NEVER look at bingo the same way again. 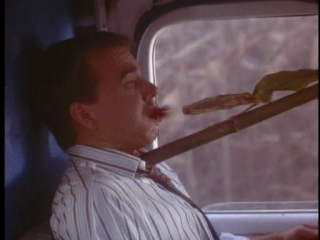 The acting is actual above what you`d expect. Ryan Bollman plays the emo new cult leader of He Who walks behind the rows" and manages to be not hammy but creepy giving Issac a run for his veggies. Also look for a young Sean Bridgers who would go on to do such great films as JUG FACE,THE WOMAN etc playing Jedediah. Marty Terry also steals the scenes in a duel role as Mrs Burk and sister Ms West. Like the acting the writing is smarter then you`d think and doesn't talk down to the audience like so many carbon copy horror films do.  A nice touch is the church scene with the self referencing "movies with violence nudity etc" which again is a nice little self aware moment that adds to the film being better written film in the never ending series.  This does what a good sequel should which is not replica the first film but expends the mythos from the first story with the nice addition of the native american character Frank Red bear.

Now lets talk about the blood and guts and that there are plenty. As stated above the gore is over the top and a makes this film enjoyable to even the most jaded horror fan. Award winning make up artist Bob Keen worked on this film (Star Wars,Nitghtbreed etc) and it shows.


Now this film is far from being perfect and I'm not saying its a great film, and its easy to put out its glaring flaws (crappy cgi,clunky romance subplot) but I feel like this is a lot less fun if you endlessly pick apart it.   It is what is is a "corny" but fun splatter film that does what it sets out to do, entertain you on a beer soaked Saturday night.